Rotary International is an international service organization whose stated purpose is to bring together business and professional leaders in order to provide humanitarian service and to advance goodwill and peace around the world.[ It is a non-political and non-sectarian organization open to all people regardless of race, colour, creed, religion, gender, or political preference.[ There are 34,282 member clubs worldwide, and 1.2 million individuals, known as Rotarians, have joined.

Rotarians usually gather weekly for breakfast, lunch, or dinner to fulfil their first guiding principle to develop friendships as an opportunity for service. “It is the duty of all Rotarians, outside their clubs, to be active as individuals in as many legally constituted groups and organizations as possible to promote, not only in words but through exemplary dedication, awareness of the dignity of all people and the respect of the consequent human rights of the individual.” The Rotarian’s primary motto is “Service Above Self”; its secondary motto is “One profits most who serves best.” 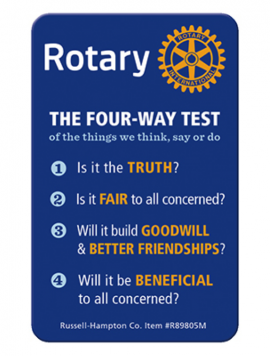 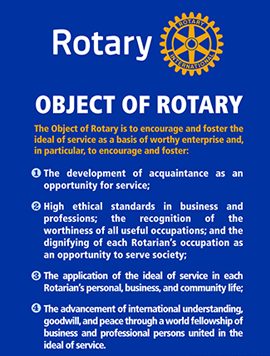 On the 10th of December 1972, Past President Jim Tulip, a member of the Rotary Club of Salisbury East, was tasked with investigating the feasibility of setting up the 4th Rotary club in Salisbury. According to the incumbent District 925 Governor Lucien Biebuyck, extension during his year in office was highly desirable, if not a must. Rotarian Jim started off by establishing as wide a range of classifications as possible within the area that the new club would cover. From thereon, individuals within these classifications were considered with a view to finding suitable charter members.

A decision had been reached by the presidents of the 3 existing clubs: Salisbury, Salisbury West and Salisbury East, to the effect that a new club should be formed and an investigating committee comprising Past District Governors Taffy Evans and Bobby Ross and Past Presidents Bill Basson, David Leigh, Cammy Freer and Jim Tulip met twice at the end of 1972 and elected Jim as the District Governor’s personal representative.

Boundaries that had been surreptitiously poached over the years (as well as jealously guarded!) by the three existing clubs had been revised with amazing alacrity and goodwill and matters started to move apace. Each mail brought in documentation from Rotary International advising the time

proven ways of achieving the objective.

The following series of dates signpost the journey to the chartering of the Rotary Club of Harare Central:

to Rotary International. The incredible amount of documentation was however in order and was approved.

was “provisional”, meaning attendance rules were applicable and committees could be established.

3rd May 1973 A further telegram, advising of the Rotary Club of Salisbury Central admission to Rotary International, is received

19th May 1973 The Club’s charter dinner – a wonderful night and the fulfilment of the desires of all who worked so hard.

Reflecting on the role that he played in Harare Central’s charter, Past President Jim had this to say: “The entire project was so very much worthwhile due to the fellowship gained and the dedication of old and new Rotarians working in the true spirit of “Service Above Self.”