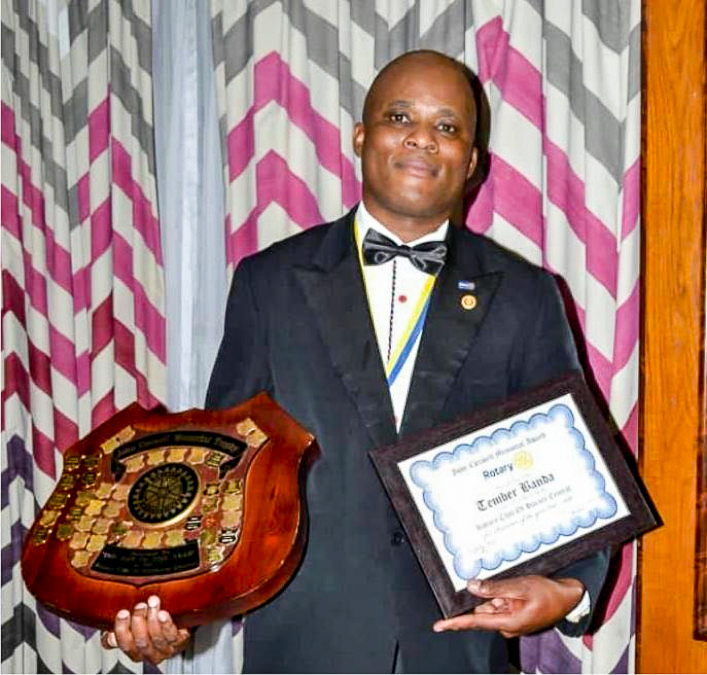 Past President Tember Banda Past President Tember Banda was inducted into the Rotary Club of Harare Central on the 22nd of July in 2004. Prior to joining Rotary, he was a Rotaractor for 7 years with Harare Central, where he served as President in 2001/2002 and as District Rotaract Representative the year after. He served President of the Rotary Club Harare Central in 2012/2013 and is in his 15th term on the club board of directors. Tember previously chaired the Youth and Vocation, Club Administration Committees as well as served as Secretary and Scribe. He is a recipient of the Rotarian of the Year award a club record 5 times and has maintained a 100 % meeting attendance for each of the years he has been in Rotary. Outside the club, he served as District Interact Chair (2005 - 2007), District Rotaract Chair (2008/2012), District Youth Exchange Chair (2014/2020), District Secretary in 2013/2014. Tember is currently serving on the District Rotary Foundation Committee, Rotary Zimbabwe Disaster Relief Committee and is pioneering the Rotary Malaria Partners programme in Zimbabwe. He is a member of the host organising committee for this Rotary Year's District Conference. He is also the African and the Middle East Representative on the Rotaract advisory committee to the Rotary International Board of Directors. Tember has been promoting the Georgia Rotary Students Programme since 2005 and has to date mentored 19 successful applicants. He is a double Paul Harris Fellow.