In partnership with Rotary Club of Fresno, California, RI District 5230, Harare Central distributed 440 wheelchairs of all sizes. The majority of the wheelchairs were distributed to recipients in Zimbabwe’s rural hinterland. The distribution exercises took place at the following stations:

At the distribution event at Gutu Mission, 5 nurse training mission hospitals from Masvingo Province and 2 from the Midlands will received medical text and reference books that the club sourced from Book Aid International.
Rotarians from our counterparts at the Rotary Club of Fresno visited Zimbabwe in January 2019 and joined the distribution event at St David’s Bonda Mission Hospital. Harare Central celebrated Rotary’s 114th anniversary by distributing wheelchairs at Luiza Guidotti Mission Hospital. At the same event, the club commissioned dental equipment worth over €200,000.00 which was sourced from Secours Dentaire International, a Swiss based charity whose current President is Dr Michael Willi, President Elect of the Rotary Club of Luzern-Settal in Switzerland, RI District 1980. Our final distribution event was held during World Rotaract Week All the handover events at mission hospitals were concluded by the planting of trees.

The wheelchair project has gone a long way in alleviating disadvantaged people on the wheelchair waiting list in Zimbabwe, which is estimated at over 30,000. 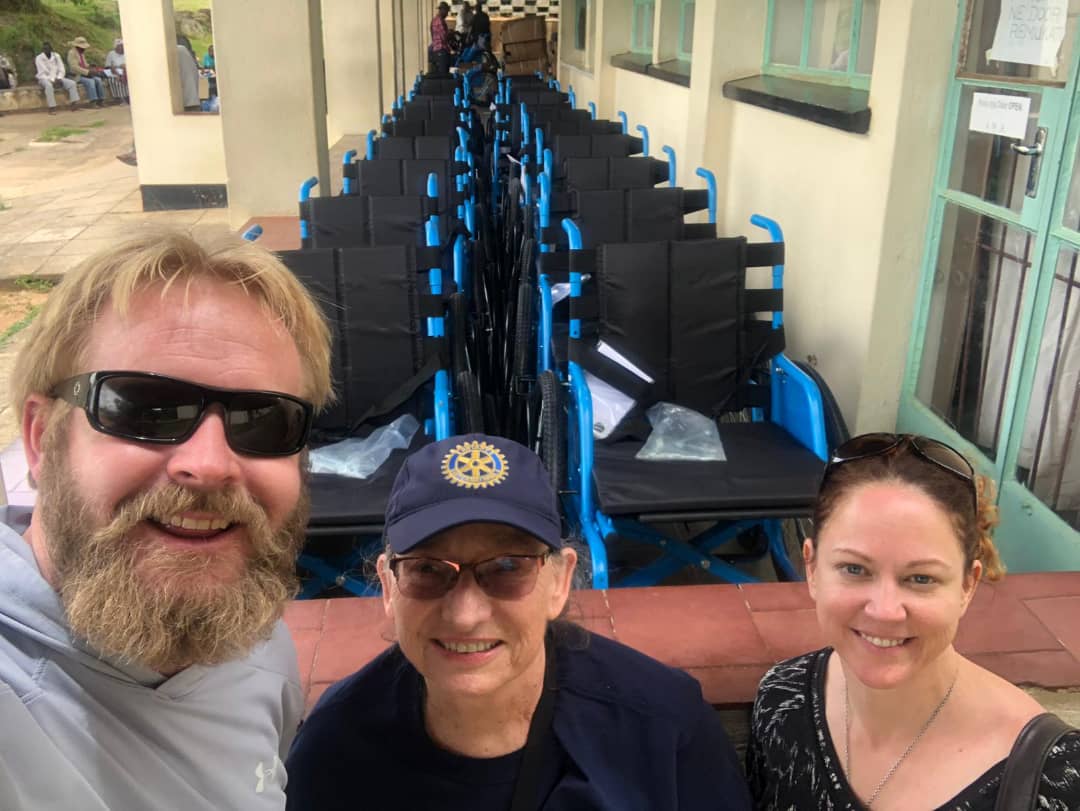 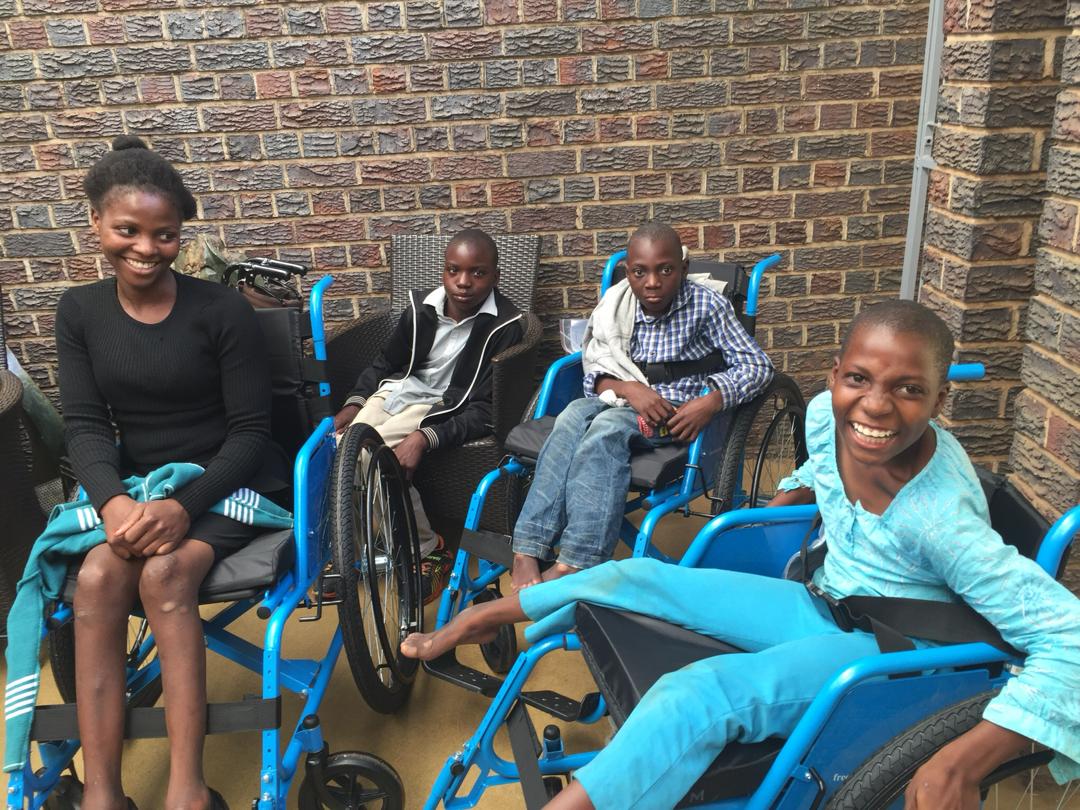 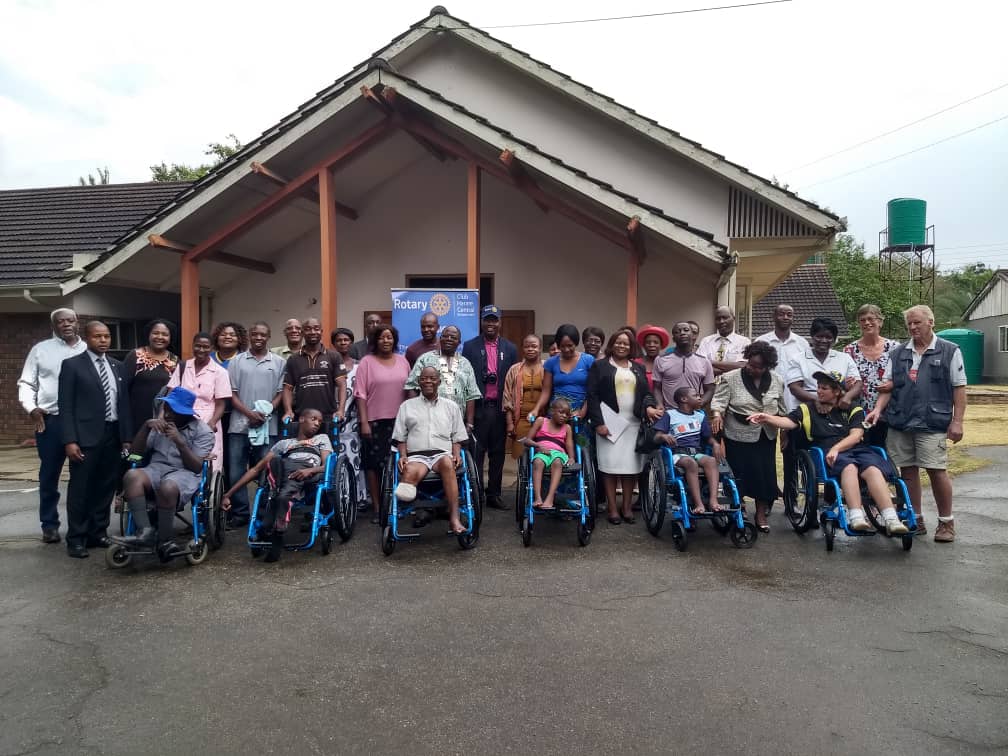